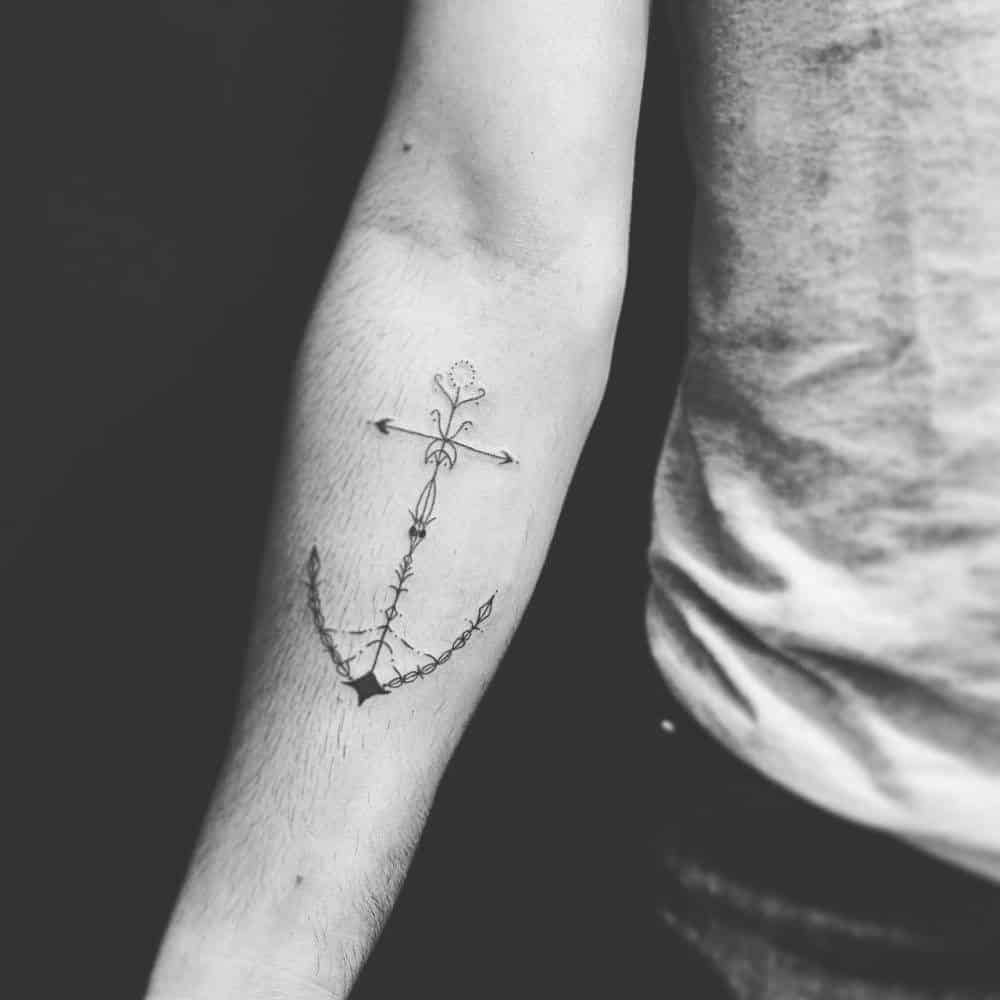 Disclosure: As an Amazon Associate I earn from qualifying purchases.

An anchor is used to connect a vessel to a bed of water to stop the vessel from drifting away due to a strong wind or any current. Vessels carry one or more temporary anchors, which can be of different designs and weights.

The anchor tattoo was a traditional tattoo choice for men, especially sailors, navy recruits, and divers.

In ancient times, the anchor represented safety. During the second and third centuries, the anchor was often found in the inscriptions of tombs and mausoleums. When Christians were under Roman persecution, tattooing the symbol or wearing the anchor as jewelry was a way to display their faith to Romans. During this time, the anchor, with a similar shape to a crucifix, represented hope.

An anchor signifies safety in resemblance to a port at a peak of a storm. It also represents peace and harmony. Securing the anchor at sea means steadiness, safety, and a sense of connection with the ground. The meaning of anchor tattoo is sailors’ optimisms to return home in one piece. Without this, a ship would be lost in the ocean forever.

It represents the idea of persistence in an unstable reality. The life of sailors, in particular, had constant dangers such as bad weather and shipwreck. The anchor was the only hope for a ship and seamen, keeping them safe from the waves.

In the Book of Hebrews, it says, “We have this hope as an anchor for the soul, firm and secure.” The words associated with anchors are strength, security, steadfastness, and salvation. Due to their empowering meanings, they’ll likely remain embedded in people’s skin for years to come.

Many tattoo lovers see the anchor as a sign of protection, indicating that you’re someone people can turn to for comfort and help. It could also be a sign of hope, showing that even when times are hard, you’ll always be certain that better days will come.

Below are the most common and most popular anchor tattoo designs to help you get started.

Like any other design, an anchor tattoo is subjective to its wearer, but the above information can give you a glimpse of its several beautiful meanings. Anchor tattoos are versatile and have a lot of different meanings.

In any way, an anchor tattoo is a symbol of hope, resistance, and being strong. One can never be wrong while choosing this as a tattoo design, with proper tattoo aftercare, since it holds many positive meanings.