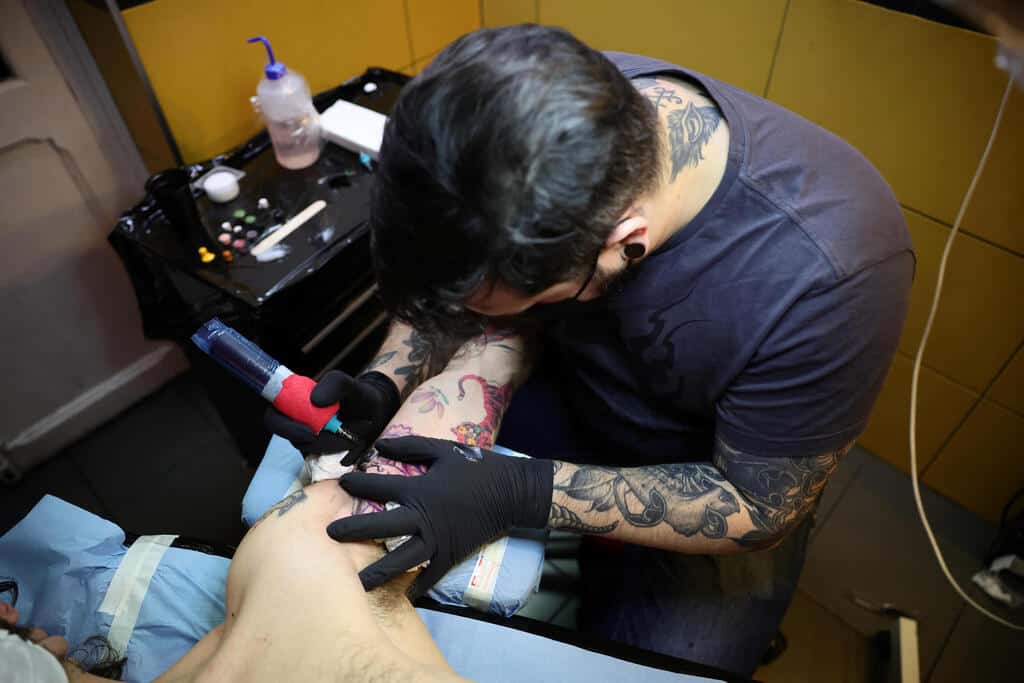 A new EU law, which went into effect on January 2022, bans the use of many types of inks that contain substances that are considered hazardous. Tattoo parlors are angry and fear for the future of the industry: “What will we work with?”. The union replies: “You had a year to prepare”.

Tattoo artists in EU countries fear for their livelihoods and the future of the industry, following the entry into force of a law banning the use of many types of ink used for tattoos. One artist said the new law imposed on tattoo parlors is similar to a situation where “the flour is taken from the bakery.”

The law restricts the use of certain chemicals that are considered hazardous. An EU study has found a link between the same substances found in blends of tattoos and permanent makeup, skin irritations, fertility problems, and even cancer. The union agreed on a “tattoo law” as early as December 2020, but the industry was given another year to adapt to the law and the safe inks approved for use.

(All image rights belongs to Reuters)

Tattoo artists on the continent claim that alternatives to the discarded inks – some of which have been in use for decades – do not yet exist, or that there is a shortage of their availability. They added that the law that went into effect yesterday hits a hard blow on an industry that has already been hit by corona restrictions and closures.

French tattoo artist Tin-Tin, who heads the SNAT tattoo industry association, said the move would bring clients to institutes that do not respect the law. “It’s ridiculous. It’s like taking flour from the bakery, it’s so stupid. If we do not have paints or inks to work with, what are we supposed to work with?” He told Reuters.

The European Commission said tattoo artists and the industry had a year to prepare for the law to take effect. Contrary to the tattoo parlors’ claim, the commission said that the alternatives approved for use exist in the market – with the exception of two specific pigments, for which an extension has been granted to find substitutes.

Sonia Gospodinova, a spokeswoman for the European Commission, said that “certain chemicals that are in the tattoo ink may pose a health hazard, so the commission has adopted restrictions on hazardous chemicals found in ink mixtures.” She noted that the chemicals can be carcinogenic and cause infertility and skin irritation. “They can actually do harm to civilians, and for that reason, we banned their use.”

About 450 million people live in EU countries. According to the European Chemicals Agency, which is responsible for the study of dangerous inks, at least 12% – that is 54 million people – are tattooed.

Guanel Rouam, a senior member of the Belgian Tattoo Association, said the corona plague had delayed research into the hazardous materials and the production of alternatives approved for use, and called on the government to grant an extension. Although her tattoo parlor has managed to order the types of inks that have been approved for use from authorized suppliers, many of its colleagues have not done so. Meanwhile, at her institute, one of the clients says that despite the EU warning, the tattoos on her body do not worry her.