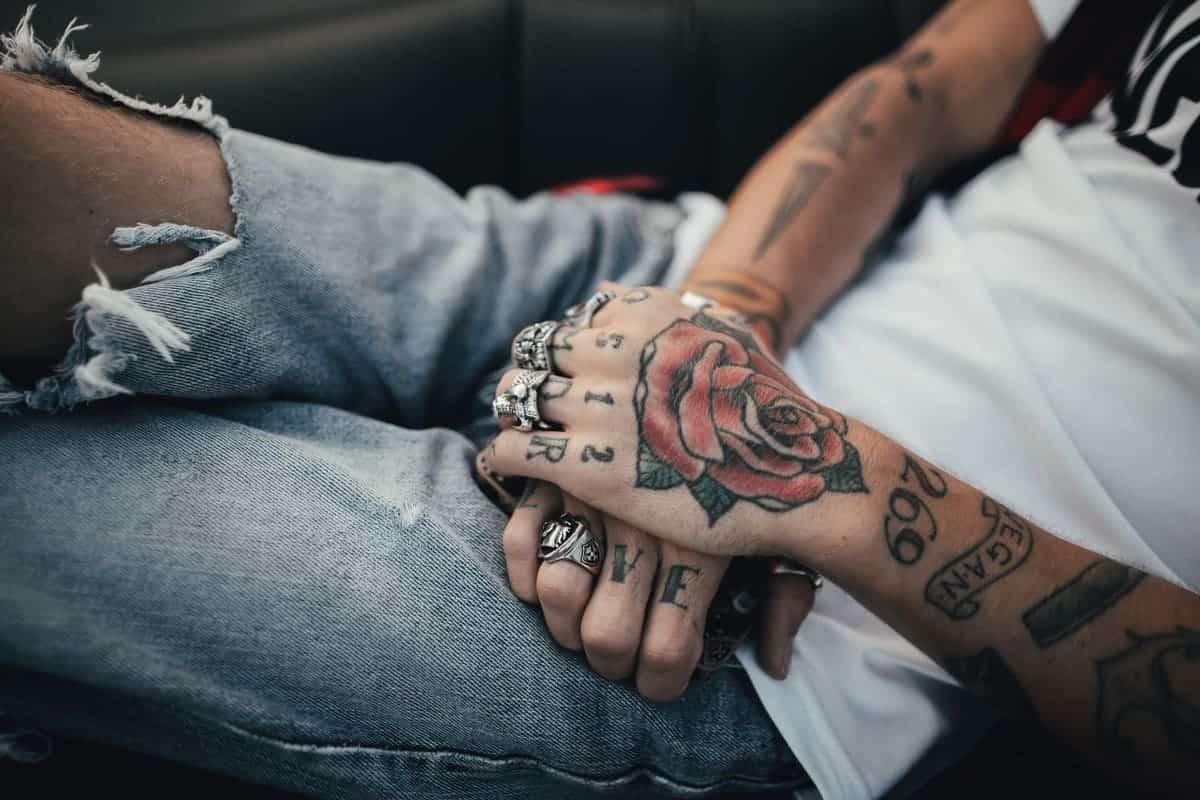 The question comes up all the time – do people with tattoos appear hotter than others? It’s a fair question given that the majority of people associate tattoos with people who have a bit of a wild side. Yet, it’s one thing to have these thoughts and another one to prove them with studies. We’re going to show you the different sides of the topic, including the perceptions that people have along with the scientific studies that people have conducted regarding them.

Table of Contents
1. Typical Stereotypes about People with Tattoos
2. The Scientific Approach to This Question
3. Pros and Cons of Being Inked When Looking for a Partner
4. How to Choose a Meaningful Design

Typical Stereotypes about People with Tattoos

When examining the topic of people with tattoos, one of the questions that must be asked is, what are some of the stereotypes about people with tattoos? There are several that are across cultures, starting with that the people with tattoos are lawbreakers. While people in the military got tattoos as a symbol of pride in the mid and late 20th century, tattoos were also seen on people that broke society’s rules. For example, the Yakuza crime families had members with tattoos. This skin art is still looked down upon in Japan for that reason.

Another major stereotype about people with tattoos is that they are tough. After all, they pay someone to put art on their skin. That requires piercing their skin with needles again and again and hoping that they don’t get some sort of infection from this experience.

One cultural myth surrounding people that have tattoos is that they are lazy, uneducated, and not fit to work in a company setting. This stereotype likely stems from the two mentioned before this. Why would you want a corporate manager that wants to show themselves to be a rulebreaker? However, this particular stereotype is proving to be less and less true as time goes on because everyone from doctors and politicians has tattoos in the present day.

Finally, there is the belief that only young and irresponsible people get tattoos with the best tattoo machine out there, and that they tend to regret them later on in life. While younger people are likely to get tattoos these days, so are people in their later years. Even people who are old enough to be considered seniors get new tattoos all the time!

With all these stereotypes, one has to wonder about our initial question, do people find them hot? Well, when you consider the stereotypes, you can see that they might attract people who value not looking and conforming to social expectations.

The Scientific Approach to This Question

Although we have anecdotal evidence that certain men and women will find people more attractive if they have tattoos, it’s more important to consider the science behind these views. According to Psychology Today, tattoos tend to make people more attractive because you have to endure a great deal of pain when you’re getting them. Thus, they are a signal of strength to people that are trying to find a mate. When someone endures pain essentially for fun, you can count on them to be a reliable protector, and that is a characteristic that many people find attractive in their mates. Many other research documents support this interesting take on the topic of tattoos.

Another article found that men tend to benefit from having tattoos more than females when it comes to attraction levels. In other words, it’s more likely that a woman will approach a man over tattoos than the other way around. Moreover, tattoos might not just be a signal of physical strength and endurance. They can also be a sign that the male is in good health on a subconscious level because they exposed themselves to danger and managed to survive. Moreover, the look of tattoos on a male’s skin can intimidate their rivals, leading to fewer people daring to interact with them and lessening the competition that they must face if they’re going to be with a partner.

The bottom line is that science supports the notion that men are considered more attractive in some sense when they have tattoos. They also get smaller benefits such as intimidation and the notion that they are healthier than other males.

Pros and Cons of Being Inked When Looking for a Partner

Now that you know about the ways that a tattoo can inform the opinion that others hold of you, learning how it affects you when looking for a partner is necessary.

Unfortunately, there are some cons that come with trying to find a partner when you’re tattooed. The biggest issue that people face when trying to find a date when they have ink is that some cultures have a problem with tattooed individuals. As we’ve mentioned, tattoos still hold a stigma in Japan, but that’s not the only place around the world. You might want to date someone that is from a specific religion that frets about tattoos. For example, Judaism holds that you should not willingly desecrate your body with a tattoo. Another con is that the type of tattoo that you have could make some people avoid you for dating. After all, not every person evaluates a man with tattoos on their own merit. Instead, they will worry about the impression you’ll make on the family when you have a neck tattoo.

Several pros come with having tattoos and seeking love. Women do have a tendency to be attracted to men with ink. That’s supported by science, and it operates on a conscious and subconscious level. Thus, it might be easier to find a partner when you have tattoos. Another great thing about dating people with tattoos is that you can easily find people to date simply based on the fact that you have the art on your body. That will make partner selection easy, especially when you consider that there are entire websites dedicated to helping people meet other tatted individuals.

There are several benefits and drawbacks that you must consider when looking for dates with ink, so it’s up to you to decide which path to take!

How to Choose a Meaningful Design

Sure, the tattoo design choice is totally up to you, but folks from this website recommend choosing a compromise between a catchy image and deeper personal meaning. While some people get tattoos “just because they can”, those are the tattoos that people end up regretting the most. If you want something that you’ll enjoy looking at year after year, then you should get some ink that you have a hand in designing. Don’t worry; you do not have to be an artist. When you’re talking with your tattoo artist, make your design unique by adding in something that isn’t in the book. Come up with a new idea entirely!

There is a lot to consider when it comes to the topic of romance and tattoos. Science does support the notion that tats are attractive, though. However, you will find that individuals have different tastes, so you can’t depend on all people enjoying the sight of your ink. Still, there are plenty of people that do want to meet and date people that have a meaningful, funny, or interesting tattoo. Just use the resources available to you to put yourself in the best situation to make that a reality!