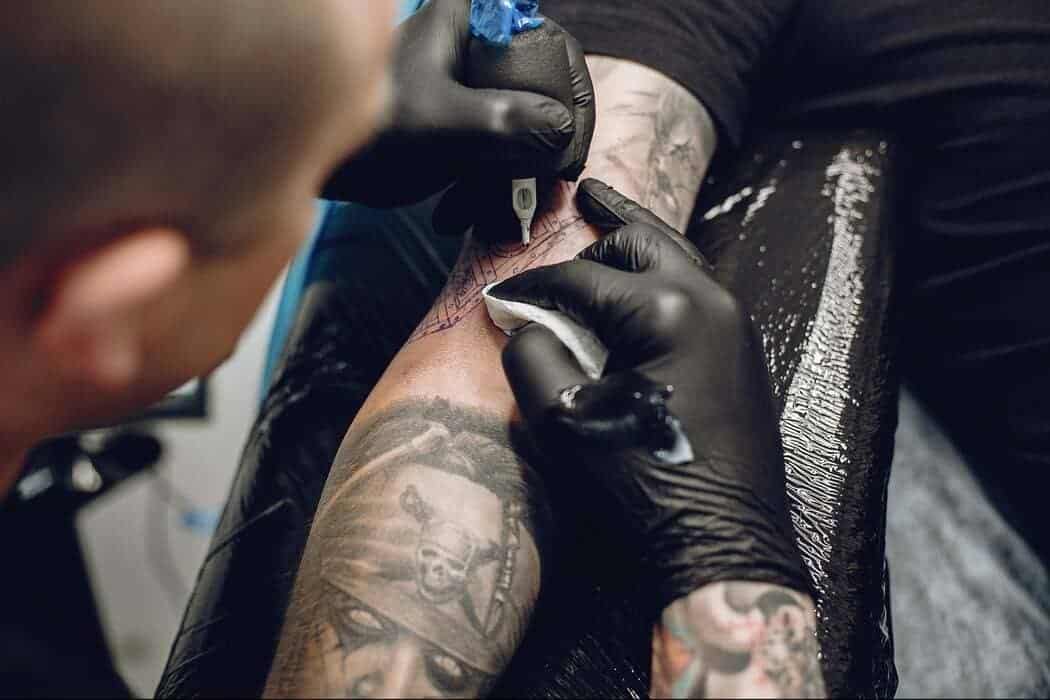 The art of tattooing is not known to be something new or modern, but it dates back over 5,000 years. Evidence of tattoos was seen in ancient Egypt. In modern times, people are showing extreme interest and eagerness in getting all kinds of tattoos on their bodies.

If you are looking forward to getting a tattoo of your own, you can get it anytime you want. There are some certain tattoo myths that you are supposed to know about. This article will be busting the most common tattoo myths.

Table of Contents
Myth 1: Tattoos are permanent
Myth 2: Getting tattoos is excruciatingly painful
Myth 3: Coloured inks are to hurt more than the black inks
Myth 4: The tattoo machine contains a single needle
Myth 5: Tattoos are responsible for causing cancer
Myth 6: Tattoos transmit HIV
Myth 7: Tattoos are supposed to wrinkle over time
Myth 8: Old tattoos are to fade to blue or green
Myth 9: Tattoos are to heal faster if you use excessive ointment
Myth 10: You can’t donate blood after getting inked

Gone are those days when tattoos used to be a permanent matter. But these days, thanks to science and technology tattoos are no more permanent. Today you can proceed to get your tattoos removed anytime you want. There are different kinds of tattoo removal procedures that you can go for as per your personal choice and demands, such as tattoo removal creams, surgical procedures, laser tattoo removal, etc. Using tattoo sunscreen will be effective in helping to protect your tattoo from the negative effects of sunlight.

Myth 2: Getting tattoos is excruciatingly painful

Getting tattoos is somewhat painful, and there is no denying it. But contrary to popular belief, this process is not likely to be excruciatingly painful. It mainly varies from person to person as per the individual pain tolerance factor. It is nothing more than an ant sting for some people, while some people described it as scratching sunburn. If you have a moderate to high pain tolerance, the pain will easily be bearable for you.

Myth 3: Coloured inks are to hurt more than the black inks

Black is mainly used for outlining any tattoo first, then different colors are to be used provided you are getting a colored tattoo. Some people believe that colored inks are more painful than using black inks, but this is downright wrong. During inking black colors, your skin has probably already experienced much poking. The pain in tattooing does not depend on the color of the ink. In some cases, they use color inks after black ink may feel more painful because your adrenaline and other different pain-relieving hormones are to fade away during inking with color inks.

This myth is not true as tattoo machines contain various needles depending on the artwork’s intended purpose and desired effects. Thus, such a machine like a magnum is likely to have 5 to 17 needles. Moreover, a small round-shade tattoo machine is to have 1 to 5 needles that can be used in different ways and means. On the other hand, tights have 7 to 9 needles for intricate flats and lines. You need to make sure that you understand proper tattoo aftercare to keep your tattoo vibrant for years to come!

Earlier, people used to believe that tattoos are responsible for causing cancer. But there have been different studies and research on this matter, and no concrete evidence has been found in its favor. Therefore, it can be safely said that tattoos are never supposed to cause cancer in any way.

This is another misconception people have about getting tattoos. If properly sterilized needles and tattoo tools are used for inking, there is no chance for HIV to transmit to people. There has not been any instance or example where people have got HIV through getting inked. Hence, it is one of the biggest myths and misconceptions out there

Myth 7: Tattoos are supposed to wrinkle over time

Most of the time, tattoos are generally not likely to wrinkle over time as people believe them to be. Tattoo experts use the inks of the tattoo through a group of needles that pierce deeper than the skin’s first layer. Once this tattooed area fully recovers, no external element can reach the ink and make it wrinkle. A tattoo is only to change if the skin changes over time. As you get older, your skin is to wrinkle in some specific areas. As a result, the tattoo may also get changed a little bit so it is not to wrinkle like the skin.

Myth 8: Old tattoos are to fade to blue or green

In the olden times, tattoos faded into the shade of blue or green due to low-quality ink. But in modern times, with better science and technology, the ink quality has vastly improved. Therefore, you are not supposed to face such kinds of issues anymore these days. Therefore, there is nothing to worry about it.

Myth 9: Tattoos are to heal faster if you use excessive ointment

This is a very common myth that using excessive ointment will ensure faster healing of your tattoo. But this is far from being the truth. Once you get a tattoo, you are just required to keep it nourished and hydrated, and it will automatically heal in the process. If you use too much ointment, then you will suffocate it.

Myth 10: You can’t donate blood after getting inked

Most people think you cannot donate blood after getting a tattoo due to the present chemicals in the ink. But these days, you are just recommended to wait for 1 year after getting a tattoo, and then you can start donating blood. This wait time will allow your tattoo to recover completely and will prevent any possible infection.