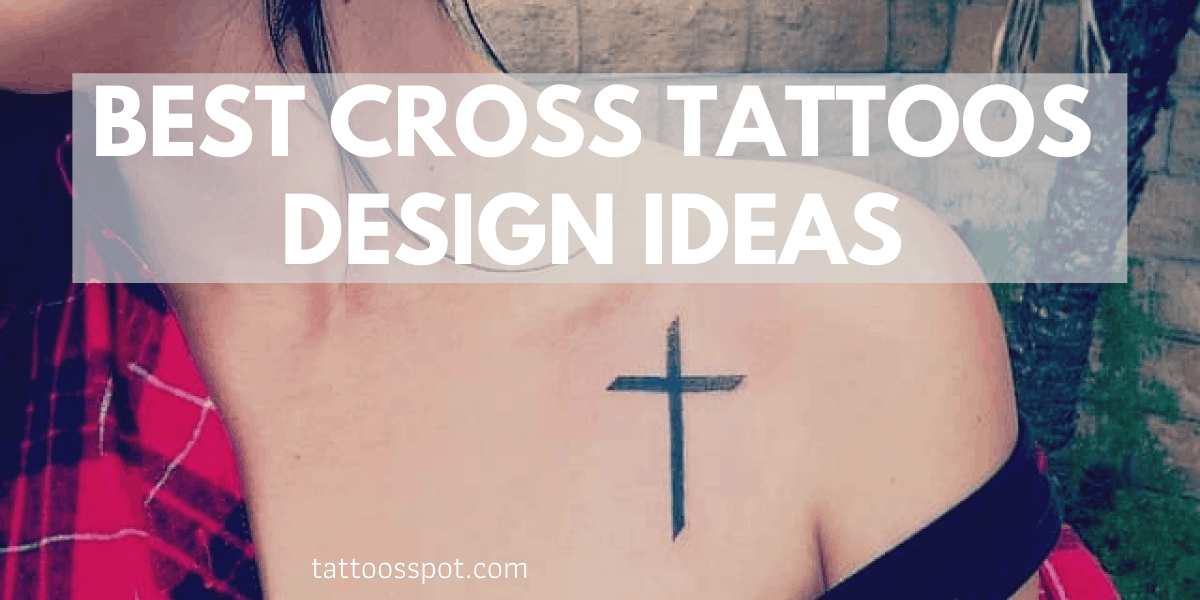 The position and the tattooed symbol on the body tell a lot about the person who carries it. When we see a tattoo one of the first things we wonder about is what it means. The person with the tattoo will probably tell you the deeper meaning and significance of the image permanently drawn on his or her skin, but the meaning of the tattoo goes even further. The location of the tattoo should not be a random choice, either.

When choosing a tattoo design, many people opt for the holy symbol of the cross. It represents the central part of the faith. Cross tattoos carry a deep symbolic meaning that normally expresses spirituality and religion. The meanings associated with the cross tattoo include spirituality, devotion, love, death, freedom, sacrifice.

Every cross tattoo and also the elements that are used often alongside the tattoo carry a deep meaning that most people may want to identify with. For Catholic cross tattoos, wearing the symbol of the cross is a sign of remembering the death of Jesus Christ, so many Christians, especially men, wear the cross as an expression of their spirituality. Most popular is the Biblical version where Jesus Christ was crucified and it is regarded as a symbol of sacrifice.

Another popular cross design is the Celtic cross and it is a symbol of Celtic heritage and Christianity. The elements of the tattoo with the Celtic cross represent the circle of life and connection between physical and spiritual. The Celtic cross tattoo is very popular among men.

Cross tattoos are worn as an element on its own or alongside other symbols like hearts, wings, pictures, birds, roses, words, etc. The element used with the cross tattoos also expresses a deeper understanding of each tattoo.

Beautiful flowers like roses can represent love, purity, passion, joy. It does not surprise many people choose to combine these types of flowers with their cross tattoo. When the cross is paired with a black colored rose, it means that a person who carries the tattoo pays tribute to a lost loved one. And when there is a red rose paired with a cross tattoo, it can represent love and devotion.

One very popular design of cross tattoos among men is cross necklace tattoos and every tattoo really makes a statement. They are often drawn as rosary around the neck, arm, and ankle.

When it comes to the simple design of cross tattoos and cross stitch tattoos, we can find a minimal look of the tattoo where the symbolism is obvious, just faith. There are no other elements to the design, just a simple cross, mostly painted in black color.

The chest area is very popular for tattoos. It is sometimes a sensitive area that shows that a person is strong, full of life, and brave. If a person chooses this place for a tattoo, it shows that he is very confident in his body. These tattoos are often larger and are showing the depth of the person wearing them. Big tribal cross tattoos, cross tattoos with different elements, and colors are often seen tattooed on the chest area.

Tattoos on the fingers are unusual for several reasons, cultural and practical. They are usually unique and are slowly becoming more common. Tattoos on the fingers usually indicate a very concise person. A tattoo artist has very limited space for the tattoo design and message that the tattoo itself carries. Small and simple cross tattoos are often seen tattooed on fingers. That gives the power to the message they send because hands are almost never covered part of the body.

Cross tattoos on legs are more common among men than among women, but you can definitely see them on women as well. On the legs, as well as on the chest, there is a little more room for a tattoo artist to work, so they can be bigger, more intricate, and can tell a really deep story. People with tattoos on their legs mostly want to show them to everyone. Big tribal cross and cross with elements tattoos are often seen on this part of the body.

Tattoos on the back and on the shoulders often symbolize the foundations of our lives. People with tattoos on their backs and shoulders are usually bold and daring and don’t care what others think of them. Wing – cross tattoos, tribal, unique, and cross tattoos with elements that usually need a lot of space on the body, are seen tattooed on these areas of the body. Men prefer tattoos in the back and shoulders.

Tattoos on the neck can be discreet, when they are located behind the ear, especially on a woman or a man with long hair, they can be easily be hidden or shown. Neck tattoo and cross necklaces tattoos show that the person who carries it not afraid of difficult choices. This area of ​​skin is sensitive, so tattoos on the neck are often painful. People with a tattoo on their neck are strong and brave. Simple and tiny cross tattoos are often seen tattooed on the neck.